Author's Foreword from Codependence: The Dance of Wounded Souls

"When I first came into contact with the word "Codependent" over a decade ago, I did not think that the word had anything to do with me personally. At that time I heard the word used only in reference to someone who was involved with an Alcoholic - and since I was a Recovering Alcoholic, I obviously could not be Codependent.

I paid only slightly more attention to the Adult Children of Alcoholics Syndrome, not because it applied to me personally - I was not from an Alcoholic family - but because many people whom I knew obviously fit the symptoms of that syndrome. It never occurred to me to wonder if the Adult Child Syndrome and Codependence were related."

***
"I could see a pattern emerging in the expansion of the terms "Codependent" and "Adult Child." I realized that these terms were describing the same phenomenon.

I was troubled, however, by the fact that every book I read, and every expert with whom I came into contact defined "Codependence" differently. I began to try to discover, for my own personal benefit, one all-encompassing definition."

On this page is the Author's Foreword to Joyously Inspirational Book of Mystical Spirituality by codependence therapist/Spiritual Teacher.
Home

In writing Chapter 9 of the online book Attack on America - A  Spiritual Healing Perspective that I am publishing in the fall of 2001, I got in touch with a strong desire to get in contact with some of the people who had a profound impact on my healing and awakening process.  This desire has surfaced previously, and I have done internet searches from time to time in an attempt to track down some of these people - but with no success.  I did connect with one of the people a few months ago because one of my phone counseling clients was able to tell me how to track him down.

The person I was thinking specifically about in writing that chapter was a family therapist at the Sierra Tucson Treatment Center in Tucson Arizona which I had the great gift of experiencing for 30 days in the spring of 1988.  Her name was Jana Cunningham, and she is the person I mention - in several places in my writing - who told me that I was a mystic.

The thought came to mind that perhaps if I include the Acknowledgments page of my book here on my web site for the first time, that eventually some of those people might find the page and get in contact.  So that is what I am doing.  This Author's Foreword page seems to be the perfect place to add those names so this is where I am adding the information from the Acknowledgments page of my book Codependence: The Dance of Wounded Souls.  Thanks again to these people, and drop me a line if you discover this. ;-)

Robert (formerly known as Rob) Burney 11-11-01
This book is dedicated to:
the wounded souls, the wounded children, in all of us.

The author extends grateful acknowledgment to the following people who were messengers and teachers at vitally important times in the evolution of this book:

Marianne Duncan -
for the reminder that I am a Spiritual Being meant to sing a song of Joy.

Jana Cunningham -
for having the openness and willingness to be the messenger of a most vital message.

Lou Catchings -
for pushing, encouraging, and planting the self-publishing seed.

Jane Vaughn -
for being there when I very much needed a friend, as were Vicki Carlson, Derek Gordon, Terri Roehm & Louie Bennington.

With special thanks to those teachers and messengers of Truth whose courage and willingness have been such a shining Light in the darkness, especially

Richard Bach, Melody Beattie, & John Bradshaw.
And to Betty Ford for bringing alcoholism out of the closet.

And to the people who have touched my life and helped me grow, including:

And to my Father and Mother for being absolutely the best parents they knew how to be. 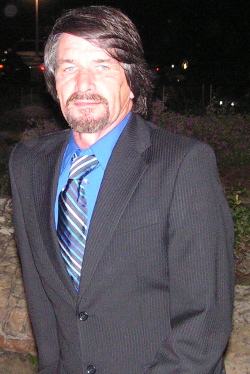 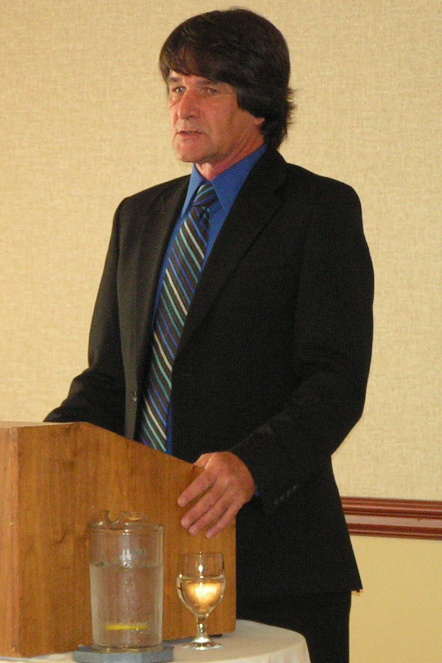 The one with facial hair is from October 2006 - while the other is from my first Intensive workshop in San Francisco in April 2007.